Covid-19 and our gardening - please read

We are experiencing a biodiversity crisis, with a catastrophic decline in insect life, in part because of over-use of pesticide. And there are questions around the safety of glyphosate to our health (read how Bayer have agreed to pay out $US15.9b in cancer claims.

Although our parks are now glyphosate-free, our streets and many TMO’s are not. Did you know that your street is sprayed twice or three times a year? We are working to influence Lambeth Council to ban the use of glyphosate across the borough; they have agreed that if you would like your street NOT to be sprayed this year, you can email streetchampions@lambeth.gov.uk and request ‘no harmful chemicals’. 30 streets have already opted out this year (2020).

If neighbouring  Croydon and Hammersmith and Fulham can both go pesticide-free in all its green spaces and parks (including its estates), then Lambeth can too.

Get Involved – Make Your Pledge TODAY!

Join us and pledge to go pesticide-free in your garden.

(Glyphosate is commonly known as Round Up)

Other actions you can take: 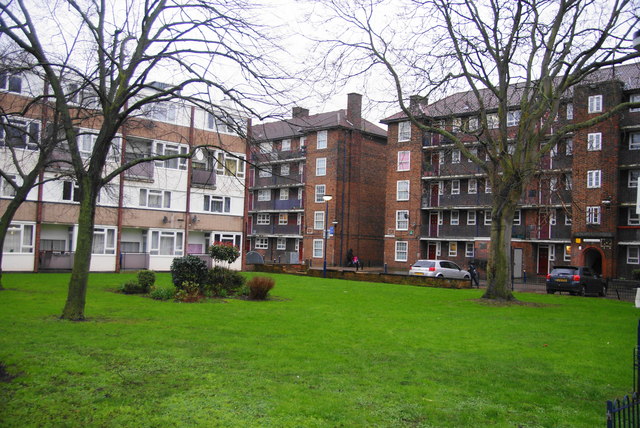 There’s a corner of Lambeth each Wednesday afternoon which is dedicated to everything about healthy food — and there’s free fruit and vegetable bags on offer as well.

The Max Roach Community Centre, a vibrant, super-friendly, wood-clad building in Max Roach Park, becomes a midweek Incredible Edible LEAP zone. Walk in through its doors and you’re greeted by delicious smells from the kitchen, crates of brightly coloured fruit and veggies and lots of people with soil on their hands coming in from the garden. END_OF_DOCUMENT_TOKEN_TO_BE_REPLACED 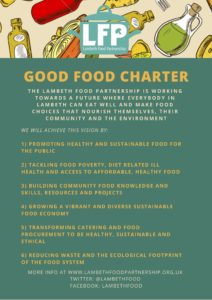 As part of our mission to make healthier and more sustainable food available to all in Lambeth, Incredible Edible Lambeth (IEL) has worked hard to build partnerships with the council, NHS, local businesses and many more. This is manifested in the Lambeth Food Partnership, which launched The Lambeth Good Food Charter at its AGM earlier this month. END_OF_DOCUMENT_TOKEN_TO_BE_REPLACED

The team from the London Freedom Seed Bank had us all enthralled last week at Incredible Edible Lambeth’s Seed Saving Event, held at the beautiful South London Botanical Institute.

Julie Riehl and Charlotte Dove provided a wealth of information about the whys and hows of seed saving. Charlotte reminded us why it was so vital (given the 93% loss in food seed varieties worldwide) and provided the background to the work of the Seed Bank whilst Julie gave a great drawn presentation on how seeds propagate and how to start seed saving. END_OF_DOCUMENT_TOKEN_TO_BE_REPLACED

Read the full list of all the amazing gardens, gardeners and food entrepreneurs who won prizes at the Blooming Lambeth Awards.

Nearly all these winners can be found on our fantastic map – please do click through and learn more – and go visit some of them too. Get involved if it’s just round the corner from where you live or start a community garden of your own in a space near you. We need many more of them…  END_OF_DOCUMENT_TOKEN_TO_BE_REPLACED

We had a wonderful night on 22nd October at the Garden Museum, celebrating all the magnificent gardens, gardeners and food entrepreneurs that are to be found around Lambeth.

The Mayor of Lambeth, Christopher Wellbelove, gave the prizes – there were 18 first, and 10 highly commended prizes. END_OF_DOCUMENT_TOKEN_TO_BE_REPLACED

We’ve added forums to create a community space for everyone to ask, and hopefully answer, your growing questions.

Anyone can read the forums but to post new questions and answers you’ll need to create an account, here’s how.
END_OF_DOCUMENT_TOKEN_TO_BE_REPLACED

Incredible Edible Lambeth acts as the nurture organisation for a project called Edible Avenue SW8 just over the border in Wandsworth.

As part of the programme we worked with a local choreographer to produce a horticulturally-inspired dance. The idea emerged one day as we were making seed bombs, and we were looking at different ways to involve people in ideas about greening the local area.

END_OF_DOCUMENT_TOKEN_TO_BE_REPLACED

We are very excited to be hosting these awards again this year. This is a call out for nominations – you can nominate someone else’s garden or your own growing space.

There are ten categories, designed to showcase all the amazing work that has been going on this year to green up our borough, bring people together and improve our wellbeing. This is an opportunity to shout out about people who might otherwise go unnoticed. We are looking for projects that inspire others to get involved and become food activists!  You can enter more than one category but please enter a separate application for each category. You will need a good photograph to illustrate your entry; we plan to visit some gardens but we will be relying on the photos and the descriptions you offer for the shortlist.

Winning gardens will each receive £100.