Covid-19 and our gardening - please read 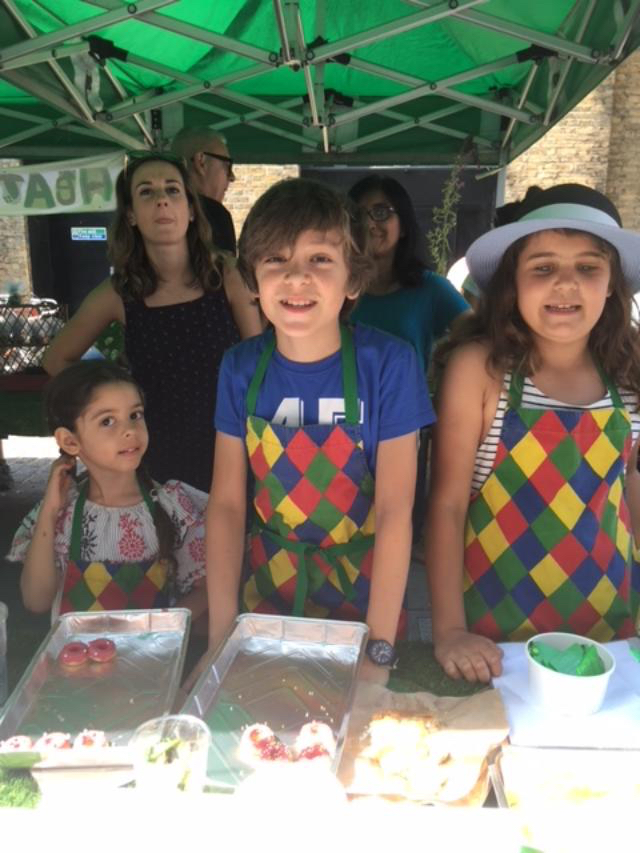 Clapham Leaf Club is a project designed to enable pupils of the Clapham and Larkhall Collaborative primary schools (Allen Edwards, Clapham Manor, Heathbrook, Larkhall Primary, Macaulay CE) to learn all aspects of growing their own food from preparing the soil using organic matter, to sowing seeds and cultivating their crops, which will be harvested and sold as fruit and vegetables or used in a cuisine and cooked and sold at Venn Street Market in Clapham every year in July.

The pupils are the traders for one day every year at the Market, working alongside professional market traders, being responsible for their takings and dealing with their customer requests. The atmosphere is fantastic with all traders, including the newcomers, working hard and happy selling their goods. All proceeds made go back into each school’s resources.

The project is now in its eighth year and has proved to be a great success with all schools showcasing their pupils’ efforts in very different ways depending on each school’s individual growing garden and/or interests. Some schools have progressed onto making recipes from their harvest whist others work creatively making hanging baskets of fruits and vegetables, sachets of lavender and potpourri, selling large vegetable plants in pots to take home or boxes of Free Range eggs from their chicken pen.

Last year the market was unrecognisable – it had literally turned into a garden nursery! Clapham Leaf Club has always intended to encourage children to learn about where their food comes from and how to eat more healthily. This is also encouraged within the participating schools who include this project as part of the Curriculum. Infact you could say that Clapham Leaf Club has brought about many positive changes to the way some schools now teach Food Technology – Clapham Manor Primary now has a Food Technology classroom and teacher, a new greenhouse and a new food growing area. Another primary school, Larkhall Primary, has it’s own special Centre for Autism for children in the local area. Instead of involving the main school pupils, the children from this Centre take part in the project, to grow produce and sell the produce at the market.

Bringing all five local primary schools together in a collaborative project has been very positively received not just by the pupils, but also with the local schools, parents, educational organisations, local authorities and the GLA. We promote this project on Facebook, Twitter and Instagram with a hashtag #ClaphamLeafClub